In the winter of 1846, eighty or so members of the Donner Party, a group of men, women and children, became snowbound and trapped in the Sierra Nevada mountains. They were among the first pioneers seeking a better life in California, their Manifest Destiny.

After seven survivors of the Forlorn Hope Party broke through to Johnson Ranch on January 18th, 1847 after a harrowing 33 day trek where 8 members perished and they were lost and starved for weeks, relief parties were mustered to try and retrieve the remaining survivors of the Donner Party.

There were four Relief Parties in all. 1st Relief departed Johnson Ranch on February 4th, 1847 with mules and provisions. As the frigid winter and rugged Sierra terrain persisted, their numbers dwindled to seven men who summoned their determination and goodwill, eventually reaching the cabins on the edge of Donner Lake on February 18th, 1847. Upon arriving they encountered silence and saw nothing but snow drifts 20 feet deep. Eventually a lone dark figure emerged from the snow and in a frail women’s voice said, “Are you men from California or do you come from heaven?” Thus began the rescue of the Donner Party.

The Relief Parties are a lesser know part of the Donner saga yet have captivated historians and adventurers for nearly two centuries. The grit and selflessness of these men who risked their lives for strangers is a tale of inspiration and intrigue.

However, the path the 1st Relief followed to reach the Lake has been unclear; little is known about their precise route or their physical, mental and emotional state throughout the ordeal. Until now.

To the best of our ability, our goal is to provide a historically accurate map of the 1st Relief Party journey and explore the multi-dimensional persona of each member; their history, character and motivations.

Our reprise of the 1st Relief trail which we have researched and discovered, will honor their grit and selflessness while examining the instinct to survive and motivation to do the right thing, at all costs. 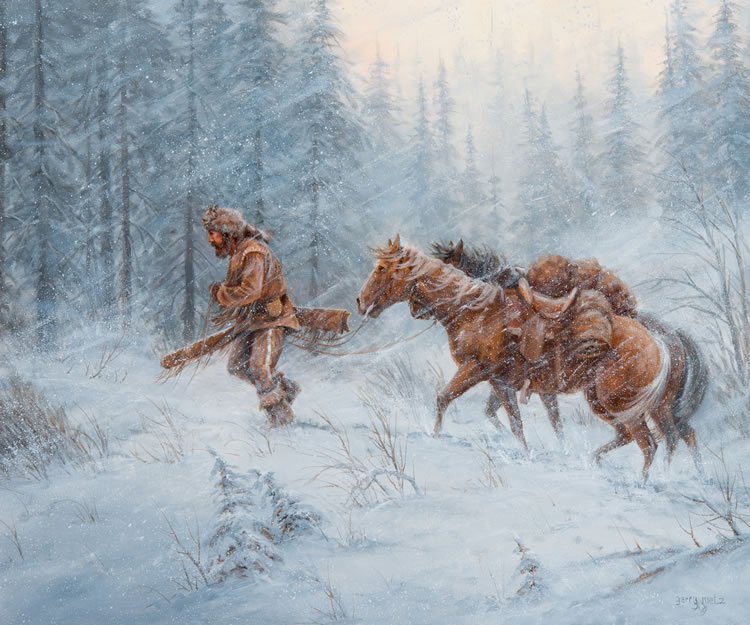 To honor the Donner Relief Parties, a never before attempted 100-mile winter crossing on foot across the Sierra Nevada mountains from Johnson Ranch to Donner Lake, California, retracing the 1st Relief Party’s route.

It is anticipated it will take the team 5 days to complete the expedition. The route will take them across the Sierra foothills, along the Bear River, up steep canyons, over the western Sierra at Donner Pass (7,057’), and down to the east edge of Donner Lake and Donner Memorial State Park. Deep snow and frigid temperatures are anticipated, requiring much of the journey be done in snowshoes and wilderness winter gear. Progressing 10 to 35 miles per day, the team will set camp each evening close to where they believe several notable camps existed.  These include Mule Springs, Big Bend and Starved Camp, where rescued members of the 2nd Relief were trapped by a winter storm in the shadows of Donner Pass.

1. Appreciate the motivations and character of each Relief Party member, the obstacles they encountered and insights into their psyche throughout their ordeal.

2. Share important new historical information and maps regarding the believed route of the 1st Relief Party.

3. Honor and reflect upon the souls who dared this selfless and inspiring act.

The adventurers will keep a daily journal during their journey. A film crew will be embedded to capture the conditions, terrain and team interaction. A GPS tracking system will trace the team’s movements live over the internet. Anyone can follow the expedition beginning [the link to the tracker will be published a few days before February 14th on this website and on the Facebook Group Page. 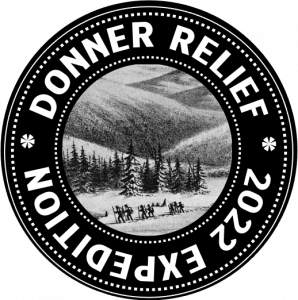 As an expression of respect, each team member will carry cards with each Relief Party member’s photo and brief bio as a reminder of their selfless act. Following the completion of the trek, team members will assemble a presentation of their journey, sharing observations and impressions regarding the trail, conditions and obstacles encountered, and insight into the Relief Party members. 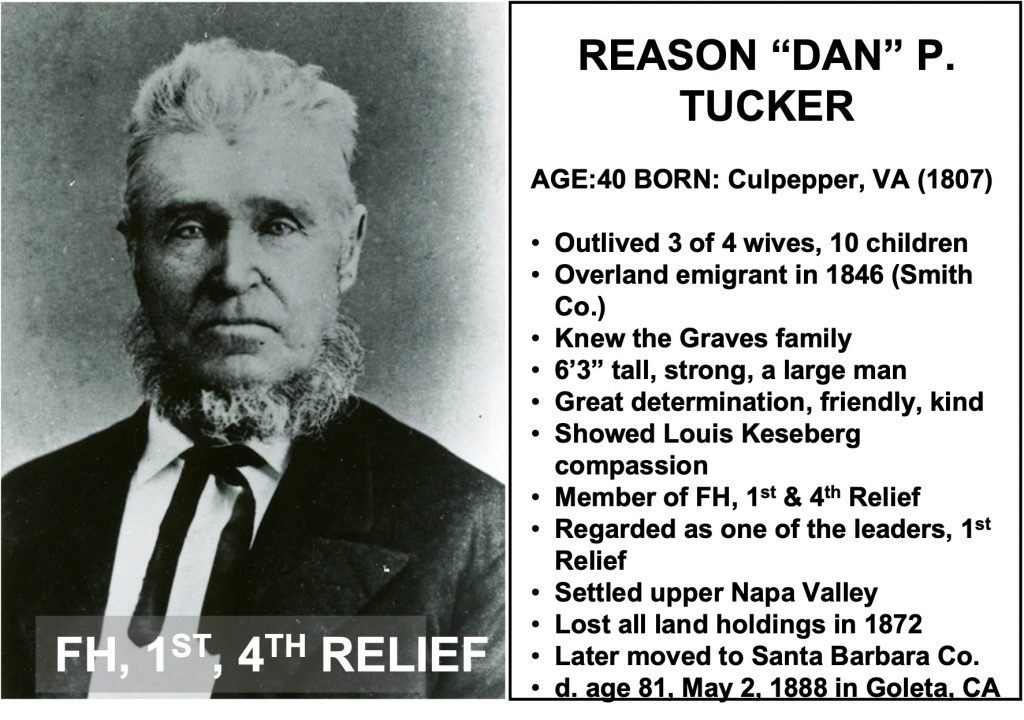