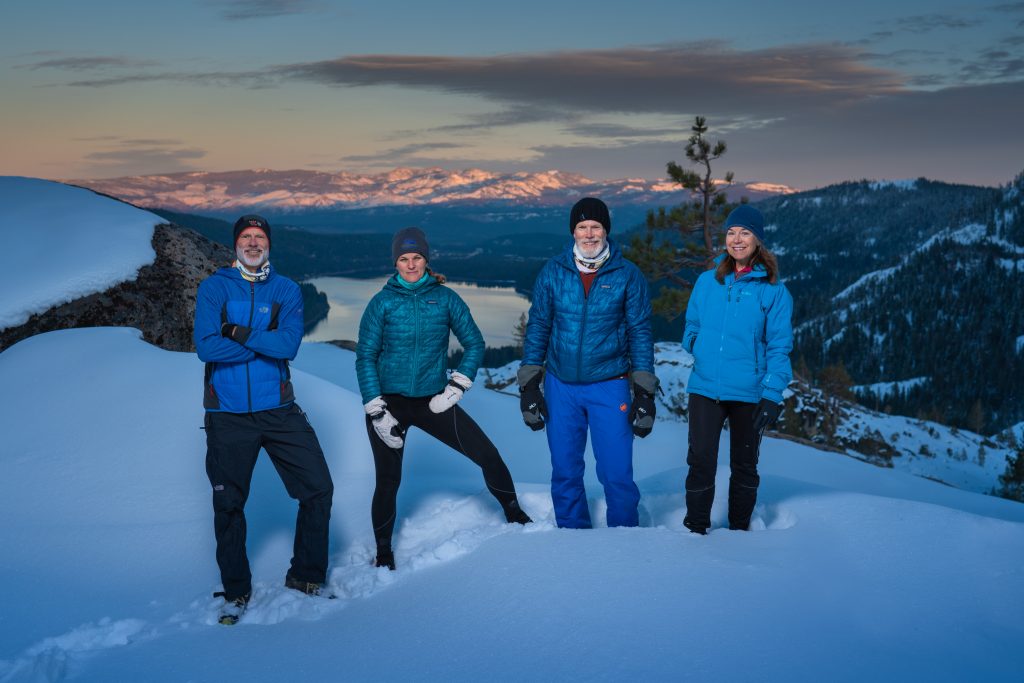 We are endurance athletes with a passion for history, bringing history to life through expeditions that combine historical research and adventure.

We call this History Trail Trekking.

Bob is an amateur ultra-distance runner and historian with an appreciation for American Western history and epic adventure tales. He is endeavoring to combine all these passions to help bring history to life, coined History Trail Trekking.

Bob is an entrepreneur. He co-founded  The Mustang Group , a Boston-based private equity firm. Prior, he co-founded, was CEO and/or management member of numerous media, telecommunications and software companies. He now splits his time with non-profits and as a mentor to young entrepreneurs.

Bob and his wife of 40 years, Marcy, live along the American River in Fair Oaks, California, whose tributaries include the North Fork of the American River. When not with their children (two sons) and grandchild, they travel the world and explore the U.S. in their small van, Suvanir.

Tim Twietmeyer is an ultra-distance runner and an engineering manager at Hewlett Packard Enterprise, in Roseville, Ca. He is best known for his five victories and unprecedented 25 sub-24 hour finishes at the 100-mile (160 km)  Western States Endurance Run . He has also qualified and participated as an age-grouper (50+) at the Ironman World Championships in Kona.

Tim has served more than 20 years on the board of trustees and is a current vice president of the Western States Endurance Run Foundation.

Beyond his WS100 exploits, Twietmeyer has won the Eagle 100-mile (160 km) Run in Canada, and completed the  Ultra-Trail du Mont-Blanc  through France, Italy, and Switzerland. He has completed more than 200 marathon and ultra-distance races.

Outside formal competition, in 2004 Tim led the first “winter crossing” of the Western States Trail, following the trail from Squaw Valley to Auburn as did many of the gold miners back in the day. He followed that in 2006, becoming the initial Fastest Known Time setter for the 168-mile Tahoe Rim Trail, arriving back in Tahoe City in 45:58. In 2008, following in the spirit of the 4-day Capitol-to-Capitol horse ride, Tim ran from Carson City, Nevada to Sacramento, California in 43:30.

Tim and his wife, Kathy, have three sons and reside in Auburn, California.

Jennifer Walker Hemmen is ultra-distance runner and mother of three from California.  She manages a small environmental permitting company , focusing on conservation projects in California that benefit endangered species, habitats and water quality. Her passion is any type of adventure in the mountains, but especially mountain trail races.  She has completed over fifty ultra trail races from 50 to over 100 miles, including a silver buckle 15th place finish at Western States 100, Bear 100 and Bighorn 100.

In 2019, she was selected to compete in the EcoChallenge Fiji, a 640 kilometer adventure race known as the “world’s toughest race” requiring outrigger canoe, mountain biking, climbing and swimming as well as jungle navigation. Since then, she has entered the new world of adventure racing and has applied to EcoChallenge Patagonia 2021 with a team of ultrarunners and adventure racers who call themselves “Team American River” due to their close relationship to the American River watershed.

She began her adventures in high school with her first 14-day expedition as a teenager heading out on giant wooden snowshoes into the winter wilderness of the White Mountains.Halfway through, she was left alone for 3 days on a stream with a little food and a journal. It was so fun and soul-changing, it led her to leading month-long Outward Bound trips, running an outdoor program for teens, living in Madagascar, trekking in India and Nepal, and 15 years of endurance mountain trail racing.

While she had always loved being in the wilderness, it is only a hobby for Jennifer, who spends most of her time raising her three kids, Sophia, George and Willem, ages 18, 16 and 11 as well as running with her best fur friend, Loki, a red heeler-pointer.

She and her husband Travis live in Fair Oaks, CA, on the American River.

Elke Reimer is an ultra-distance runner, backpacker, trail steward, and mother of two from California.She works for Elation Health as a Customer Success Manager, and also volunteers as a sawyer and trail steward with the Western States Trail Foundation and the Pacific Crest Trail Association.

Her passions include four-season backpacking (winter camping is her jam!), climbing peaks, with a fondness for those in the High Sierra, as well as running trails all over California. Her first solo multi day trip was the John Muir Trail in 2013. She embarked on her first multi day winter trek in 2017, snowshoeing from China Wall (Foresthill) to Olympic Valley. Elke’s summer weekends are spent backpacking and discovering the backcountry of the California mountains. She has completed 40 ultras from 50k’s to 100 miles since her first trail race in 2005, including Western States 100. Prior to trail competitions, she enjoyed racing 5k’s, 10k’s, half marathons and marathons, as well as a few triathlons.

Elke resides in Auburn close to the trails she loves, along with her cattle dog and mountain companion, Lupine Sierra.

Joining us for the Grosh Brothers Expedition, Hal is a 53-year competitor in the sport of long equestrian endurance riding that has included 62 completions in 100 Mile (160 km) One Day competitions.  He is a consultant to financial institutions focusing on regulatory compliance, risk management, and functional audits.

Hal and his equine friends have successfully finished the arduous Western States Trail 100-Mile One Day Ride 31 times winning the event for the Lloyd Tevis Cup three times and being a three-time recipient of the James Ben Ali Haggin Cup awarded to the contestant whose horse is judged to be in the most superior condition from the first ten to finish. He was inducted to the American Endurance Ride Conference Hall of Fame in March 2000.

Hal and his wife, Ann, reside in Auburn, California, within site of the Western States Trail near the finish of the annual Tevis Cup Ride and Western States Endurance Ultra-Trail Run.